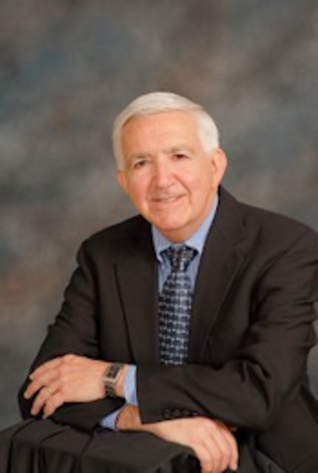 Gary’s Christian ministry began as youth director in a Methodist Church in West Paterson, New Jersey.  Thirty six years of ministry in the Presbyterian Church were in Philadelphia, Boston, Pittsburgh, and Long Island New York.  Gary was interim pastor of the Oak Island Presbyterian Church in 2006 and 2007. Gary currently serves as Minister of Visitation at Trinity Southport Methodist Church.

Donna and Gary met on a Christian retreat called “Tres Dias” which is similar to “The Walk to Emmaus” They have led many retreats and small groups together as spiritual director and musician. They have been active in Trinity Southport for the past six years.

When Dr. Albertson retired after eighteen years as pastor of the Church in New York, he and Donna bought Theodosia’s Bed and Breakfast Inn on Bald Head Island. They operated the inn for five years and sold it in 2003.  Gary is an active sales executive with the Island Agency on Bald Head Island and Donna operates a commercial baking business.  Their home is now 5019 Oarlock Court in Southport.  The Albertsons have seven children and eight grandchildren.

The Village Chapel of Bald Head Island is pleased to announce the new ministry of Pastoral Care as part of our On Island Outreach.  Dr. Garrett Albertson is available for assistance with spiritual needs of all persons living on or visiting Bald Head Island.  Contact Dr. Albertson at 910 540-3383. Text message may be sent to the same number or eMail to galbertson@bhisland.com.